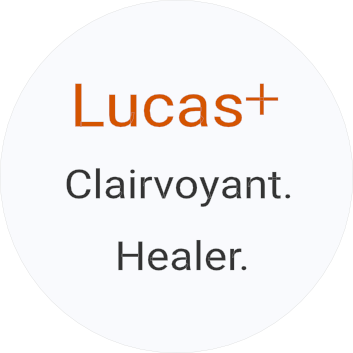 How I managed to escape from a major sect

A client reports on her experience:

I fell into the clutches of the sect. The whole time I didn’t notice what they were doing to me. It was only later that I became aware of it.

It started when I was approached on the street by an adherent of the sect who did not introduce herself as such. It wasn’t until I was in the building that I knew.

Later I joined the sect. For a few months I had to work sixteen hours a day without a day off during the week. There was not enough to eat, all the other promises I had been given were lies. Instead of a sixty-hour work week, I had more than a one hundred-hour work week, but no salary. In return, however, I did not have to worry about rent, food, etc., which was also not entirely true. I often had to buy something to eat, had to pay for washing powder, vitamins and hygiene articles from my private money. I was even asked to pay to use the washing machine.

The worst part was that the members demoted and intimidated me and acted very inconsiderate towards me. For three weeks my will and decisiveness had been weakened and I had struggled to finally be allowed to be free. If I had left without their consent, I would have made a grave mistake that would have been difficult to correct, they kept telling me.

We have been told to take high-dose vitamins that can be bought abroad. It was meticulously monitored that I was taking these high-dose vitamins. In any case, my health was deteriorating; in the following passage I summarized the symptoms:

In September 2003 I turned my back on this organization for several reasons and in March 2004 I asked for my remaining balance to be paid out. According to internal information, the sect was lacking money and therefore could not give me my money back, which of course was not true. I was only reimbursed six months later for the overpayment in the amount of over 5,000 euros.

The first reason why I left the sect was because some members started treating me badly and inhumanely. They probably thought I would put up with it, as the sect had worked on me for several years and knew a lot about me. The more they know about a person, the more they feel in the position to bind that person to themselves and blackmail them. The second reason was that I feared for my survival because I had no more pennies in my pocket and the sect still wanted money from me. It seemed right to me to cut off contact with these people because they were unable to help me in the slightest. I met a sect member who had turned his back on this organization for fifteen years and then rejoined. In this context, a sect member said: “Once in the same boat, always in the same boat. Once a member, always a member. “

In the summer of 2004, I went to a Reiki healer who did not make me happy. I met Lucas in April 2005 through an advertisement in a magazine. On the last page was the ad from Lucas. I read his report and it caught my interest. I looked at his photo and at the same time wondered if he had anything to do with God. The answer I got to my question was a “yes”.

Then I examined all the other healers in the magazine and compared them to Lucas. None of the others seemed trustworthy to me. Then, I contacted him by email. Life had made me experience a lot of unpleasant things, so I hoped to finally have found the right healer.

On the way to my first appointment with Lucas, I was anything but enthusiastic and motivated. I was walking from the train stop to his home address with weak, slow steps. At the same time, I was thinking that I shouldn’t have high hopes, otherwise the disappointment would be too big and then I would have to deal with it as I was used to. Somehow, however, I sensed a force pushing me from behind and I had the feeling that there must be a divine force. It seemed to me that I was being “led” to the right address.

When I first met Lucas, he told me what was wrong with me. There were some things I couldn’t believe at first. As it turned out later, everything was correct. Even then he was confident that he could help me. I burst into tears, my whole body was shaking as I had been looking for him for so many years. It made me calm when he told me that he was healing with divine power. I was also happy that there was a picture of Jesus hanging in his room. That strengthened my feeling that he is a deeply religious and good person. With the laying on of hands and special prayers, he was able to detach me from the afore mentioned external control and release me from all these external energies.

It took time and a few sessions. He prayed several novenas for me and performed healing meditations, which had an extraordinarily positive effect on me. I felt that he was working with pure energy without the use of magic. For me it was a miracle that he was able to free me from the clutches of the sect.

Fortunately, Lucas freed me from my mental and emotional agony. Soon, I found true faith in God and Jesus. I was baptized two years ago and finally have the strength to go back to work. Thanks to God and Lucas´ help I accepted my new life which is full of joy. I am incredibly happy and can truly say that all the help I received from Lucas is priceless.

Medial consultation / remote treatment
Clairvoyance and energy work
Wherever you are