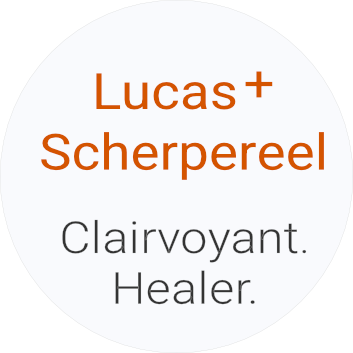 Medial counseling in all life situations

As a psychic and healer I have different ways to help you in difficult situations. My advice does not only extend to business consulting. I can also provide lasting help to private individuals with a wide variety of concerns and questions. Below you will find some examples that show how diverse my work is.

Some examples of my successful work:

More than four years already offered for sale a house in Tuscany. However, the efforts remained in vain. After only three months of mental work from afar, the property was then sold. And that to the price conceptions of the salesman! All further houses of the place standing to the sales remained however further unsold.

Consulting for companies. Assessment of employees of a large authority

Over a period of just a few months, I accurately assessed and reviewed employees at all levels of a large government agency in Brussels. I was able to quickly compare the requirement profiles of the individual positions. This eliminated the need for further analysis. I was able to call up the competencies and leadership qualities immediately. As a result, the agency had a much more effective personnel structure in a very short time.

One contract provided for an investment in the tens of millions with major tax savings. After only two minutes of questioning, I was able to warn the customer not to sign the dubious contract. In fact, two lawyers for contract law eventually came to the same conclusion. However, they needed more time for this, which was also clearly reflected in the fee.

Reactivation of an employment contract

Despite strong opposition from the division manager and also colleagues, an expiring contract was successfully reactivated in a media company.

A single mother works as an employee at a well-known TV station. With my support, I was finally able to get her accepted and respected by her colleagues. Initially, there was even food envy, but later there was understanding and even assistance in her daily life. This also improved the climate in the team in general. This also shows that the changes we bring about through my work often have a far-reaching effect and can also have a lasting positive impact on the lives of others.

Successfully found an apprenticeship and job

A young man had great difficulty finding an apprenticeship. He had already been searching for six months, but without any success. After his application documents were magnetized with his hands, he found an apprenticeship in just three weeks that completely matched his wishes.

With the help of concentrated work, an unemployed man found a very good job in just seven days. Three days later, he was even offered another job. I helped him with this choice as well.

I have come to know Lucas as an extremely competent and trustworthy person who was always available for me and took care of my concerns. Not only was his training as a healer a blessing to me, today I am in the process of building my own practice. He also very competently assisted my child’s graduation from school with all his strength and awakened her ability. Her grades improved from about 4-5 in difficult subjects to a good 2 on her final report card! He also freed me from private stresses of the past. I can heartily recommend Lucas, no matter how hopeless a situation seems.
Mrs. Sabine H. from Bavaria

Consulting of a marketing and sales concept

After my consulting, a furniture and lighting designer withdrew several products from the market, while activating others. Due to this optimization, the earning value of his company has increased steadily since then.

Within a well-known French stock corporation large amounts of money had been robbed for many months. Internal investigations failed. Charges had been filed against unknown persons and the research of the examination of the gendarmerie had taken months. Audits had caused a lot of unrest. Ultimately, there was no outcome.

This work was accepted with skepticism on the client’s part. Based on a list of employees, the two main culprits were found by laying on of hands (hand scanning) upon the long list. The complicated internal IT and control system was then thoroughly adjusted in order to guarantee 100% security. The culprits were long-time employees in management positions.

Please take into consideration that spiritual healing and participation in meditative sessions with LUCAS cannot and should in no way replace a visit to a doctor and his diagnostic work and treatment. Nor should you stop taking medication prescribed by a doctor.

I take your worries and wishes seriously and can be reached every day.
No matter what you ask. Often, support can be given very quickly.
Emergencies cannot be delayed.

If you have a very urgent matter and need quick solutions, a personal, on-site visit is possible after a short consultation and with advance payment, no matter where you are.